Environmental Consciousness in Your HOA 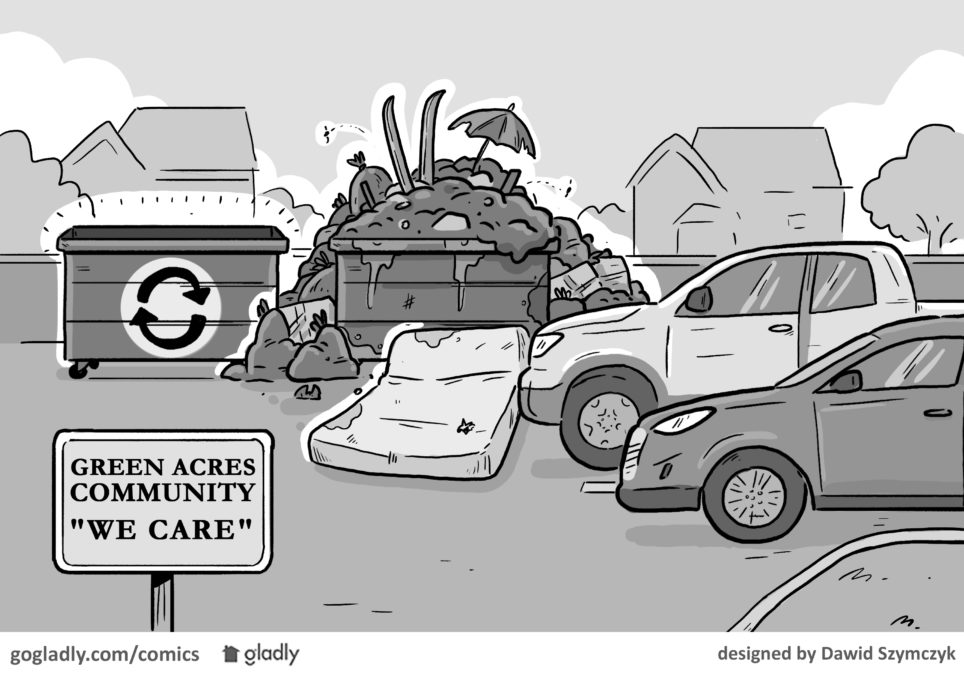 Politicians talk about it, regulators embrace it, and associations are affected by it. No matter whether you believe that climate change is manmade or not, reducing energy use and going “green” is good for both the environment and the budget of associations. It is also a trending topic in communities everywhere.

Goal: Save the Planet

New standards and regulations are being talked about and established now more than ever. Like a lot of other trends, one state may adopts certain standards, and others often follow. Therefore, we expect that many states will be passing laws with goals of reducing energy and water consumption.

One example is California, a long-standing front-runner in energy efficiency standards. In 1974, it founded the California Energy Commission, the first state to establish an energy regulation commission. In 2008, it adopted changes to legal code with goals to reduce its greenhouse gas emissions to 1990 levels by the year 2020.

Another example is New York. On April 18, 2019, the state passed a group of laws called the Climate Mobilization Act. Buildings not meeting the new standards will be fined, and all new construction and roof replacements must install environmentally friendly roofs.

The benefits of upgrading inefficient systems to newer, energy-saving equipment are two-fold: first, it reduces energy and water consumption, which is good for the environment. Second, it reduces the costs of operating these systems, which is good for your association and its owners. But what about the expense of the upgrades themselves?

Cash-poor Associations, whether HOA, coop, or condo, might not have the available funds to retrofit their inefficient systems. Even with government incentives, it becomes quite expensive to replace boilers, irrigation, toilets, elevators, and roofs. Payback in efficiency can range from 1 to 20 years, depending on the upgrade.

One of the quickest paybacks with the best results is replacing light fixtures in common areas with more energy efficient, motion-sensing varieties.

Many boards and homeowners may give you some pushback when it comes to motion sensors. Why would they? Well, for homeowners in particular, reasons include the fear of dark hallways, basements, community rooms, or parking garages etc. And for a lot of boards, fielding potential complaints is enough to cause some resistance.  For either group, it’s always easier to just leave things as is.

But there are some great reasons to overcome those objections, including:

If you want to start even smaller, there are plenty of other ways your HOA can be more environmentally conscious without blowing your budget or making big waves.

Taking the association to net-zero is a noble pursuit — one which would require generating your own electricity. The two easiest and most cost-effective ways to generate electricity is from Solar PV or Cogeneration. In 2019, California’s Code added a requirement for Solar PV on all low-rise buildings.

Both Solar PV and Cogeneration systems are costly to install. However, as prices of these systems are coming down, leasing companies are increasingly making systems not only affordable, but with net savings taking effect at the time of the installation.

There are lots of ways to decrease your community’s environmental impact while boosting energy savings. Consult with an expert about what’s right for your community, what you can afford, and what your legal obligations might be. You might be surprised at how much money you can save over the long haul.

Tina Larsson
Co-founder at Pendo LLC & The Folson Group
Tina Larsson is the CEO of The Folson Group, which she co-founded in 2014 after three years of engagement with one co-op which during that time saved $430,000. The Folson Group is a New York-based financial consultant specializing in cost efficiencies. The company helps boards and managing agents cut costs so that they can keep fees from escalating. Ms. Larsson has over 22 years of investment and research analyst experience in the financial services industry. She co-founded her own independent investment advisory firm in 2007, following a long career as a portfolio manager and research analyst at Horizon Asset Management, Inc., an independent portfolio manager and provider of proprietary research. Ms. Larsson has been published in multiple subscription-based investment research products, as well as various media publications. Ms. Larsson has a BBA and MBA, both from Pace University.

Tina, Thank you for a thought provoking article.