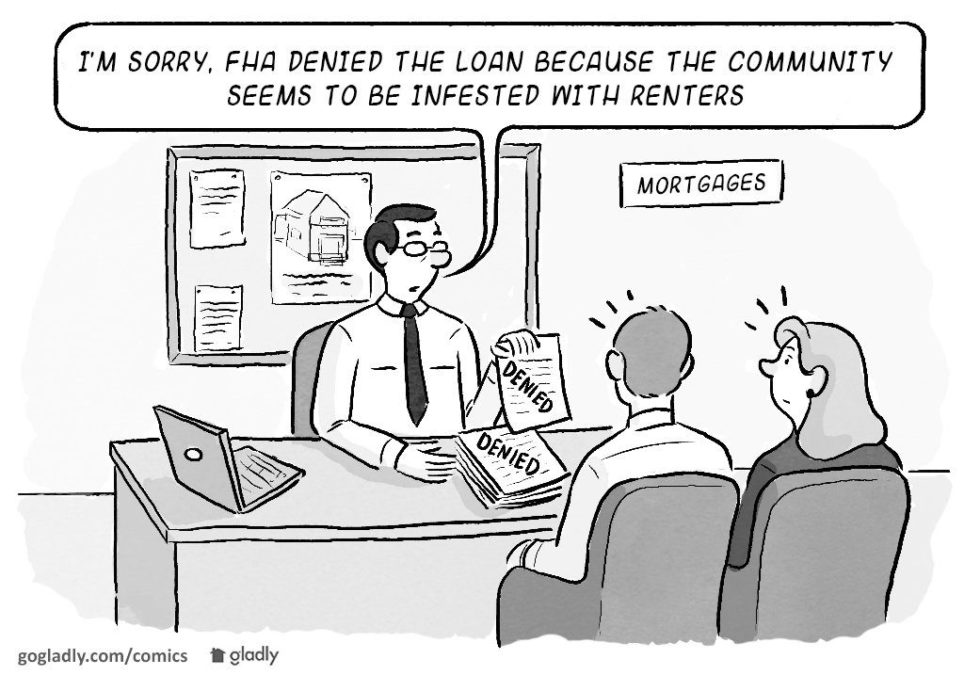 If you manage or own a unit in a condominium association, you know how difficult it can be to obtain FHA certification. The volume of documents and ever-changing FHA guidelines can make the certification and re-certification process pretty daunting. One of the things that creates an obstacle for some associations in obtaining FHA certification is the requirement that 50% of the units must be owner-occupied. A new law changes this requirement, however, in a way that benefits condo associations, purchasers, and developers.

On July 29, 2016, President Obama signed into law the Housing Opportunity Through Modernization Act (passed by unanimous vote in the US House of Representatives), which changes FHA requirements for condominium certification. Specifically, the new law requires the Secretary of HUD to issue additional guidance for the owner-occupied percentage requirement within 90 days of the law’s enactment, which will be around November 1, 2016.

If the secretary does not issue any such guidance in the 90-day time frame, the percentage requirement will automatically reduce from 50% to 35%. The secretary could issue guidance requiring more than 35% on a project-by-project basis, however, but the overall purpose of the law is to relax current FHA requirements and make FHA financing more available to condo buyers and developers. As such, we will likely see a significant decrease in the owner-occupied requirement for condo associations.

This new law is great news for purchasers, and for condo associations that struggle getting certified due to the current owner-occupied requirement. For associations that desire less rental units, the law does not prohibit lower rental caps, it merely authorizes higher ones. As such, and in light of this new law, it would be prudent for your condo association to reconsider the purpose behind your current rental cap, and determine whether amending your rental cap in your governing documents would be in the best interest of your community once the new percentage requirement is established on or around November 1, 2016.

Doug was born and raised on the North Shore of Oahu, Hawaii, but has deep family roots in Utah. Doug now lives in Bountiful with his wife and four children. In his spare time Doug enjoys the outdoors, cooking, music, theater, and being a Husband and Dad.

Great article Doug. Excited to see how what info the HUD Secretary provides in the coming months.