The Unseen Complexities of Going Self Managed 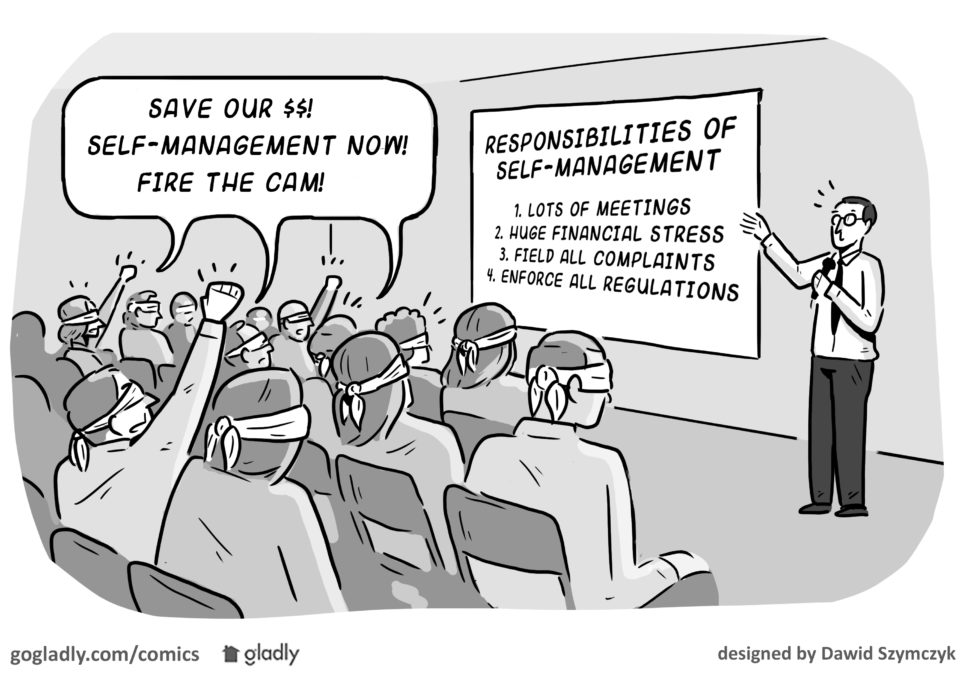 They say communication is key to all relationships, but some communications are guaranteed to bring about strife or even a little mayhem. For example, the annual budget mailing in our HOA was always guaranteed to make it impossible for any board member to walk their dogs without being stopped and berated for “ridiculous” expenses.

As board president, there were times when getting from my car to my front door was more of an obstacle course than a 60-foot journey. Among other things, I was told we needed to stop paying for this “reserve thing” and asked why the condo association had liability insurance when the homeowners already had it themselves.

During late 2009, as the real estate crisis seeped deeper into our community, there were certain costs initially incurred by the association and later reimbursed through the collection process. Knowing this was not going to change anytime soon, the board chose to add a cushion for certified mailings and related expenses. While this didn’t raise the miscellaneous line item by much, it soon became the driving force behind a small group of homeowners demanding that we go from using a community management company to a self-managed HOA.

Attendance at our 2009 annual meeting consisted of the board, the CAM and 2 homeowners. In a small condo complex this made up 7% of the owners. Everyone present supported the budget, so the 2010 budget was approved; however the self-management discussion was not over.

Whether it was a board meeting, workshop or social event, at least one homeowner talked up the benefits of being self-managed. It was touted as a money savings option that would get us out from under the rules and regulations the management companies were forcing on our community. No amount of conversation was going to penetrate the illogical points being made, so I decided a challenge was in order.

I’d recently begun participating in Community Associations Institute events. CAI is a national organization that supports common interest communities through several avenues, including homeowner education. I offered to pay, out of my pocket, for a couple of the self-management standard bearers to attend the monthly training. Just take 3 classes, and afterwards, we’ll sit and discuss this idea of self-management more thoroughly. They agreed, probably to prove me wrong but that didn’t matter. They agreed.

The financial class was first. We reviewed bank statements, general ledgers, vendor invoices and regulations regarding how checks can be approved. There was even a segment on budgeting that touched briefly on how the reserve study plays a key role in project planning for each HOA. I gave them copies of our association financials and offered to meet with them at the clubhouse to review our reserve study and budget projections for the Next. Five. Years. No takers.

Risk management was the following month. In addition to traditional chats about what the various insurances were for, there was a long interactive talk about slip and falls. Whether caused by a raised sidewalk, overgrown bush or non-working exterior lights, it became clear that ignoring these issues would cost each homeowner far more than a minor increase to the annual assessments.

The third CAI class was a legislative update. Instead of a conference room at the CAI office, we were in a convention room at a local hotel. There were at least 500 people present. Community managers, vendor partners and homeowners settled in for a 3-hour discussion of what had been presented and passed during the most recent state legislative session. When it was over, I asked these active homeowners to join the board. Now more than ever they understood the responsibilities board volunteers were carrying for every resident in our little HOA. We had 5 positions and only 3 filled. One person getting sick meant the meetings could not go on and business would be delayed. I asked, please join.

It was another 2 years before we made it to a 5-member board, and since then we’ve had people join and leave. But by relying on our reserve study, our vendors and our community manager, we’ve been able to keep the projects moving forward at a rate that didn’t require special assessments or loans. We celebrated our 45th anniversary as an association with a huge bar-b-que and had more than 100 people attend. We had a pool safety class for the kids before the pool opened, and just recently, we started a Little Library as well as an HOA book club.

What about the calls for self-management? They drifted away. Now this doesn’t mean that at least once a year there’s not some type of a challenge to the budget or how the association is spending money. But anytime someone begins to question the management fees, I refer them to the old guard for information. And the discussion ceases.

Self-managed boards have my utmost respect. The personal and professional challenges they take on in order to help their neighbors is immense. And perhaps it would have made sense for this community if our HOA was newer and didn’t require as much maintenance; or if we were smaller with less common area. Maybe if, in Nevada, it didn’t require 120 hours of class time and passing a test to just work as a provisional community manager. Or maybe if the state then didn’t mandate you work 2 years as a provisional CAM learning the job from a supervising community manager. Maybe, maybe we could consider the idea. But knowing what I do, having received my Dedicated Community Leader certification from CAI, having taken that 120-hour course and passed the Nevada licensing test, no. Our community needs the guidance and support of a strong community management company and a talented community manager.

With or without a CAM, communication and education is necessary to keep homeowners engaged. And while each door hanger, newsletter and email could generate a little strife for the board, we have to use every opportunity available to give owners the full picture of what it takes to maintain the community. 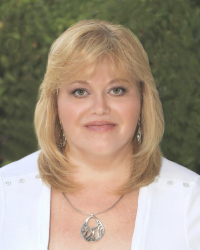 Catharine Lindsay
Director of Operations at Investor HOA Services
After 10+ years as an HOA volunteer and obtaining the CAI DCAL, Catharine made the decision to move from being a utility analyst to an HOA department manager and now a Director of Operations for Investor HOA Services.Catharine believes it’s important to bring the volunteer perspective to the world of HOA process management as it’s necessary to have a 360 degree view of how decisions affect the association, the neighborhood and each one of the owners.

Interesting, informative, and so true!