Can Your HOA Weed Out Marijuana? 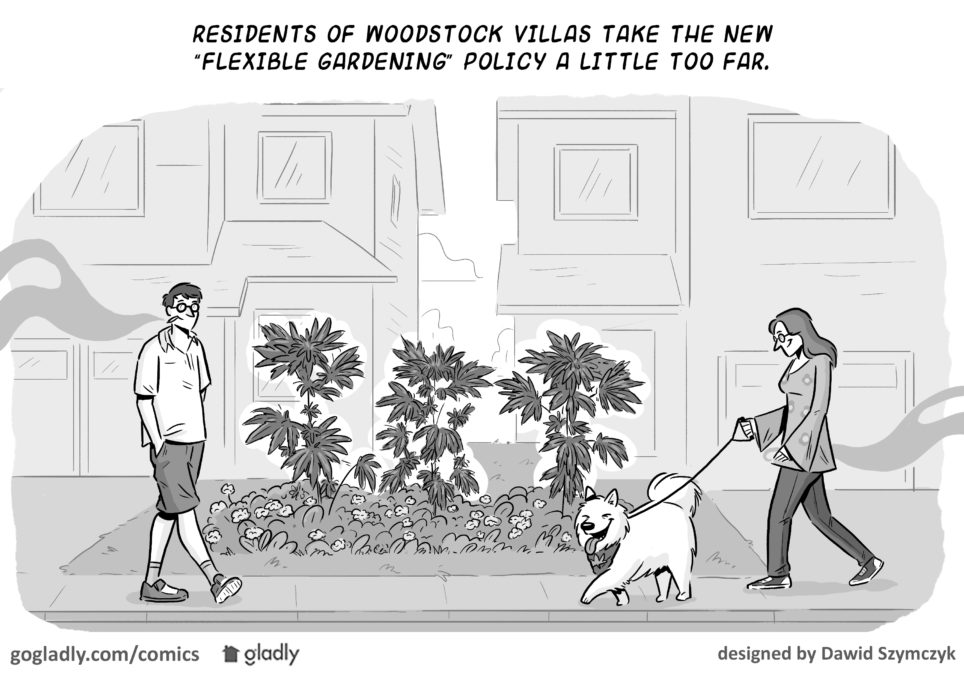 A number of states are moving toward legalizing marijuana for recreational purposes, with many more states having legalized it for medicinal purposes only. This leaves many association boards and managers wondering what, if anything, they can do to prohibit or regulate the use of marijuana in their communities.

Like secondhand cigarette smoke, secondhand marijuana smoke is believed to contain carcinogens that may have adverse health effects. Additionally, odors associated both with smoking marijuana and from growing marijuana plants are considered objectionable by most. Thus, even if marijuana use is now legal in your state, that does not mean that it cannot be considered nuisance behavior or that it is not subject to restriction or regulation by your association.

It should be noted that, while use or possession of marijuana may be legal in certain forms or amounts at the state level in certain states, it is still prohibited in all forms and uses at the federal level.  Additionally, there is a difference between removing the criminal penalties and actually establishing a right to use or grow marijuana. Even in Colorado, where the State Constitution was amended to establish a constitutional right of adults to use marijuana, this right is only protected from governmental regulation and is specifically not protected from private regulation by HOAs.

So if you’re wondering if your community has the right to regulate marijuana, the answer is probably yes. It’s less a question of if you can regulate it, and more a question of how you might do so.

How Would You Regulate It?

So what can an association do to restrict or regulate marijuana? As indicated above, an association can address the nuisance aspects of marijuana smoke and odors. Many states have adopted versions of the Clean Indoor Air Act, which prohibits smoking indoors in certain places. This may require the prohibition of smoking in indoor common areas such as entryways, hallways, clubhouses, restrooms, etc. Even without such a statutory provision, most associations’ governing documents permit the board to regulate the use of the common areas, and thus would allow for a ban on smoking of any kind, including marijuana, in any of these shared public areas.

Restricting smoking within units is a little more complicated, however. While it may be permissible in some areas to enact such restrictions through an association’s rules and regulations, such a restriction will be less vulnerable to challenge if adopted as an amendment to the CC&Rs. Actually, some state laws require that any material restriction on the use of a unit be included in the CC&Rs. In that case, a smoking ban contained only in the rules would be unenforceable. The same would arguably apply to similar similar restrictions on growing marijuana plants within a unit.

What if a resident suffers from a disability and requires medical marijuana for that disability (assuming that state law permits marijuana for medicinal purposes)? In such cases, the association may be required to provide them with reasonable accommodation from any such restrictions on marijuana. However, given the existence of a number of other options for delivering the medical effects of marijuana (i.e. pill, liquid, eating it, etc.), an association may not be required to permit smoking of marijuana, so long as the resident is able to obtain it in another acceptable form. If you’re faced with this type of request, consult with an attorney knowledgeable about both state laws and fair housing laws.

You May Walk a Fine Line

Any restrictions on marijuana in states where it has been legalized should focus on the nuisance effects – i.e. controlling the smoke or odor – rather than the substance itself. The board can also consider alternative options for sealing units or filtering the air between units to abate the negative effects on neighbors. While less controversial, this route will likely prove to be much more expensive than prohibiting or regulating the nuisance behavior. Due to the changes and uncertainty in the law regarding marijuana, associations are encouraged to seek legal advice regarding any action or inaction the board might be considering.

Phaedra J. Howard
Attorney at Law at Hellmuth & Johnson PLLC
Phaedra J. Howard is a partner with the law firm of Hellmuth & Johnson in Edina, Minnesota. She is a Certified Real Property Law Specialist and focuses her practice in the areas of real estate, real estate litigation and appeals, creditor remedies, and community association law, with an emphasis in the representation of condominium, townhome, planned community and cooperative associations. Howard assists hundreds of community associations in interpreting and enforcing governing documents, collection of assessments, drafting and amending governing documents, handling homeowner and vendor disputes, advising associations on fair housing issues, and providing legal advice and opinions on a wide variety of issues affecting community associations.