HOA Super Lien — What is it and Why Should I Care? 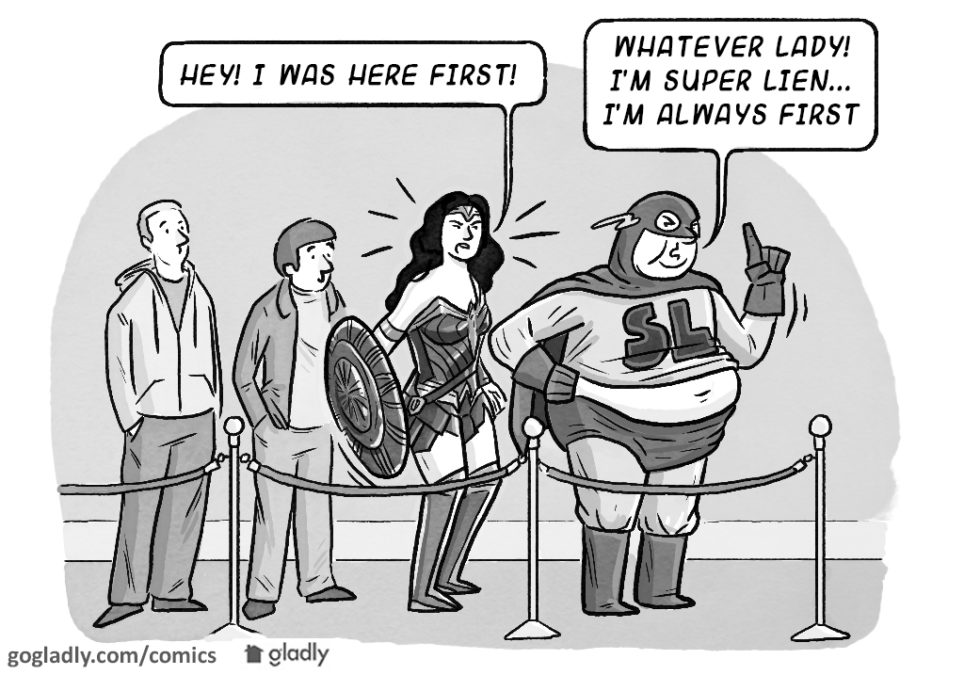 In an HOA, owners who fail to pay assessments and other charges owed to the condo or homeowner’s association, will likely have a lien placed on the home by the association. A lien is a legal tool used to protect a creditor against default. When a home sells, the creditor with the lien must be satisfied using the proceeds of the sale. A mortgage is a common example of a lien. It’s not uncommon for a property to have more than one lien. State law determines the relative priority of the different liens. Priority is usually based on the recording date of the lien or, in the case of an association lien, as of the date that the association’s Declaration of Covenants, Conditions and Restrictions (CC&Rs) was recorded.

Lien priority determines the order in which lien holders get paid out of the proceeds of a sale or a foreclosure of a property. The foreclosure of a lien with higher priority will generally wipe out all junior liens. Although an association lien may date its priority back to the recording date of the CC&Rs, the CC&Rs and/or state law often subordinate the association lien to the first mortgage (but not a second or third mortgage lien), even if the mortgage was recorded after the assessments became delinquent. Banks would be hesitant to lend money to buyers in an association unless they could be assured that their mortgage had priority over other liens, including the association lien.

In 21 states, including Minnesota, state law gives the association lien a higher priority than the first mortgage under certain circumstances. This higher priority lien is often referred to as a “HOA super lien”. In states like Minnesota that (more or less) follow the Uniform Common Interest Ownership Act, this super lien is strictly a payment priority lien.

What this means, is that the lien only comes into effect if a first mortgage against a property is foreclosed, and it only guarantees that the association is entitled to payment from the foreclosing lender for a certain amount of unpaid assessments that accrued before the lender took over ownership of the property (usually 6 months) in addition to all assessments that come due after the lender becomes the owner of the property. This HOA super lien helps associations collect a larger portion of unpaid assessments when an owner decides to walk away from the property, so it is definitely beneficial from that standpoint, both for the associations and for the owners and lenders who benefit from those assessments that are used in part to help maintain and protect the property.

In the past few years, courts in several states (including Nevada, Washington, Rhode Island and the District of Columbia) have determined that these HOA super liens are true priority liens. This means that if the association forecloses its super lien, that foreclosure would extinguish the lien of the first mortgage. Generally, in those states, the lender has the right to receive notification that foreclosure proceedings have been initiated and to pay off the super lien amount to avoid having its mortgage wiped out. However, as many of you probably know, the large banks move at “a snail’s pace” when it comes to reacting to notifications from the association. By the time the right person at the bank gets the notice, and the bank is in a position to do something to protect its interest, it may already be too late. Naturally, the banks do not like this interpretation of super lien laws because it forces them to be more agile and diligent in protecting their interests.

The Mortgage Bankers Association has been lobbying hard against HOA super lien legislation with some success in a number of states. Some lenders have also threatened to stop granting mortgages for properties in associations in states that have HOA super liens, though I believe it is unlikely that they will follow through with such threats. But this tension between the associations that are trying to collect the assessments that are owed, and the lenders who want to preserve the equity in their collateral, isn’t going away. As a result, we’ll probably continue to see new legislation and compromises in those states that have various HOA super lien laws.

Phaedra J. Howard
Attorney at Law at Hellmuth & Johnson PLLC
Phaedra J. Howard is a partner with the law firm of Hellmuth & Johnson in Edina, Minnesota. She is a Certified Real Property Law Specialist and focuses her practice in the areas of real estate, real estate litigation and appeals, creditor remedies, and community association law, with an emphasis in the representation of condominium, townhome, planned community and cooperative associations. Howard assists hundreds of community associations in interpreting and enforcing governing documents, collection of assessments, drafting and amending governing documents, handling homeowner and vendor disputes, advising associations on fair housing issues, and providing legal advice and opinions on a wide variety of issues affecting community associations.