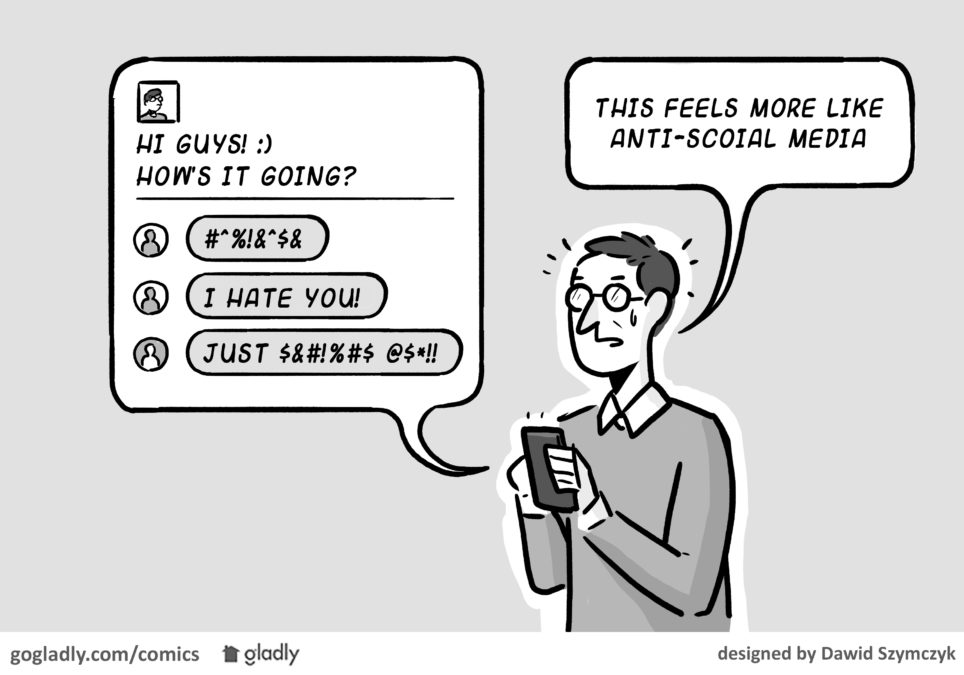 Stop me if you’ve heard this one before.

Jane lives in an HOA and creates a social media group for her community as a way for neighbors to get to know each other and to find out what’s going on.

It works great… at first. But pretty soon this HOA social media takes a turn when a few people sign up who decide to use it as a platform to wage their own personal battles. They make accusations and personal attacks. They are loud and rude.

Before long, most of Jane’s nice neighbors won’t use the online community at all because it’s not a friendly place. Her HOA board of directors hates it and has asked her to remove it. The HOA’s attorney says that some of the statements on the forum are defamatory.

This isn’t how it goes with every community association, but chances are high that this story is familiar if you’ve ever managed HOAs.

Why does social media so frequently go sour in HOAs when it works great in most non-HOA neighborhoods? Can the problem be solved? Or should community associations just avoid social media altogether?

These problems can be resolved and the risks can be mitigated. If done right, social media is the best way to communicate in your community.

While HOAs and condos do have their own unique set of problems, trouble with civility in online communities is very common. Other industries have solved these very problems. Here are some general principles that we can apply.1

Feeling a bit overwhelmed? Can’t say I blame you. If you had to do this all on your own, I’d recommend that you avoid HOA social media in your community like the plague. Fortunately there are several social media platforms that are designed specifically for HOAs (Gladly, Nabr Network, and Rezedent are just a few).

The right platform can be designed to do all of this for you. I recommend looking for a platform that, first and foremost, understands the issue of bad behavior on social media in HOAs. Make sure that it 1) encourages voluntary behavior, 2) coerces compliance, and 3) limits the effects of bad behavior. Make sure that the platform can back up their claims with real data. Finally, look for a social media platform that will reduce both stress and time for board members and managers.

Sterling Jenkins
Founder and CTO at GoGladly
Sterling has lived in HOAs and has managed them for a living. A self-described nerd, Sterling finds books about HTML5 and games like Settlers of Catan unreasonably exciting. His nerdiness extends to his love of camping, fishing, and hiking in Utah's breathtaking Rocky Mountains. He especially likes enjoying the outdoors with his beautiful and supportive wife and 4 awesome kids.