Trendy for Politicians, Terrible for HOAs 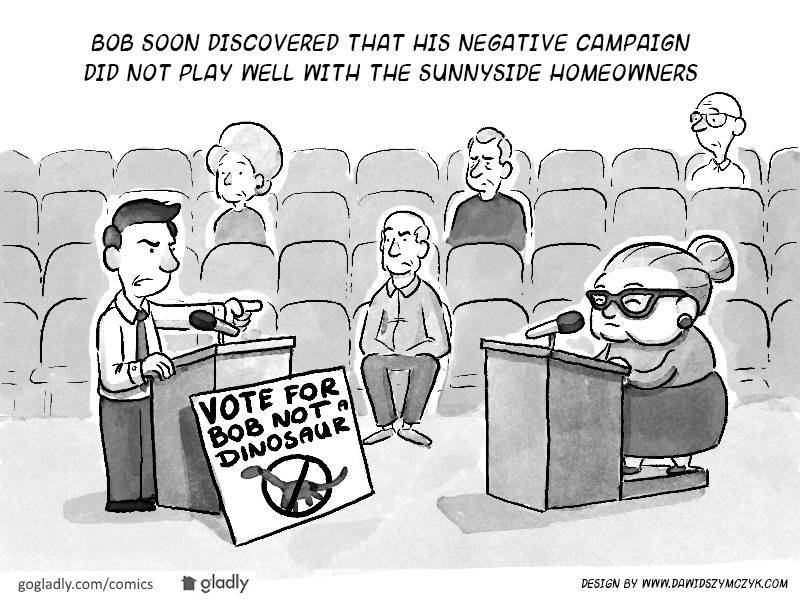 Saying whatever comes to mind and slamming political correctness is trendy right now, especially for the self-described outsiders who are running for president. It’s their flavor of the day. Well, sorry to burst the politicians’ bubble, but the fact is… leadership requires thoughtful communication and — yes — political correctness, as well. This is important for leaders in many organizations, and most definitely for the volunteers on homeowner association boards and committees.

Saying the right thing and exercising political correctness isn’t easy. It can be very challenging for HOA leaders who are volunteers by nature, not necessarily neighborhood diplomats. And you can bet that most of them haven’t signed up to field questions from the news media. That’s why it’s not surprising that much of the news about HOAs is negative.

Editors and reporters know a good thing when they see it. Just about anything involving HOAs is bound to be controversial. There’s the compelling, predictable drama of institutions ’victimizing’ individuals. In the case of HOAs, boards and property managers going after homeowners.

So HOA leaders really do need to be careful what they say and mindful of political correctness. And that’s never easy in a crisis when reporters are at their door. Or when homeowners are hammering HOA volunteers about neighborhood issues.

But there is a little something HOA volunteers and property managers can do to become more aware of potentially nasty issues and to hopefully keep them from hitting the fan. They can take some time to think about issues, and ask themselves a simple question: What if this or that happens?

After identifying what might hit the fan, HOA leaders can think about how they would handle questions and determine when they may need to call in the cavalry, a property manager or HOA attorney, for their insights and expertise.

Harvey is retired from Bank of America as senior vice president in charge of corporate communications and media relations where he Developed communications strategy and messaging on such key company/industry issues as fees, financial privacy, unit consolidations/mergers & acquisitions.He has also served on HOA boards and is the author of At Least Some PR, a booklet about homeowner association communication and PR. His articles about public opinion and PR have been published in Business Insider, American Banker and regional newspapers.