Invasion of the Drones 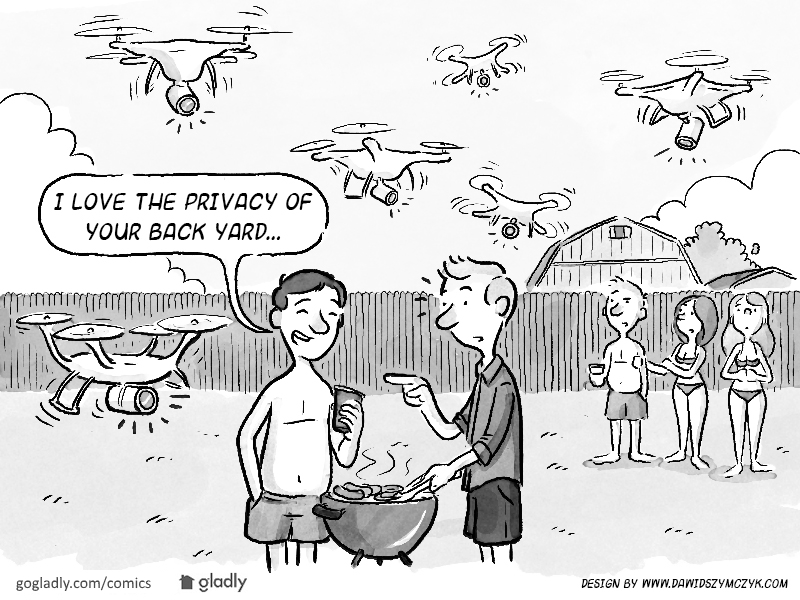 Yeah, you read that right: drones. Call it a sign of the times, but the rising popularity of remote-controlled drones means you’re likely to see this issue in your community in the future — if you haven’t already.

While many would consider drones little more than a grown-up toy, metro areas like Phoenix and others are starting to take them seriously. In fact, some universities are even beginning to offer degree programs in drone piloting, due to their increasing usefulness in several industries.

And what’s more, about 1 million drones are expected to be sold in the United States during the holiday season, making it even more likely that you’ll start seeing them soon.

Drones can make people uncomfortable, and may present risks for injury and privacy. They may not be on your radar now, but a lot of people would consider an unmanned aircraft circling their neighborhood suspicious. So when — not if — this happens in your HOA, you’re bound to get complaints. And as with most things, you’re better off if you already have a plan.

The technology being relatively new, there isn’t a lot of precedent already in place for drones. However, the Federal Aviation Administration plans to implement a new set of regulations in 2016. The new laws should serve to back up your own efforts to regulate drones in your community.

Check with your local government to see if they have any regulations in place. This way, you can cite city code in your own policies. You might consider limiting drone use to open areas like parks, or set restrictions on how close they can be flown to homes. Perhaps you’ll want to ban them inside the community altogether.

Just remember to do your homework and consult your attorney before amending or adopting new rules. You might also consider talking to other HOAs in your city. If they have drone regulations already in place, they may have some insights for you.

I attended a DRONE conference in San Jose , California November 17/18,2015. The attendees included hardware, software, OS, applications, FAA, and venture capitalist amongst the 1,500 attendees. It was ground ZERO for the Drone world. Although the Feds are writing up legislation right now, in a nutshell, here are some things drone users need to know: NOTE: I am not an expert, and am not completely sure what is currently required, versus what is coming soon, but here is the main information I got from the conference: #1 – NO NO NO Flying over people — If that thing falls… Read more »

Thanks Victoria. Excellent information that really adds to the post.