Liar, Liar, Pants on Fire! Handling Misinformation in Your HOA 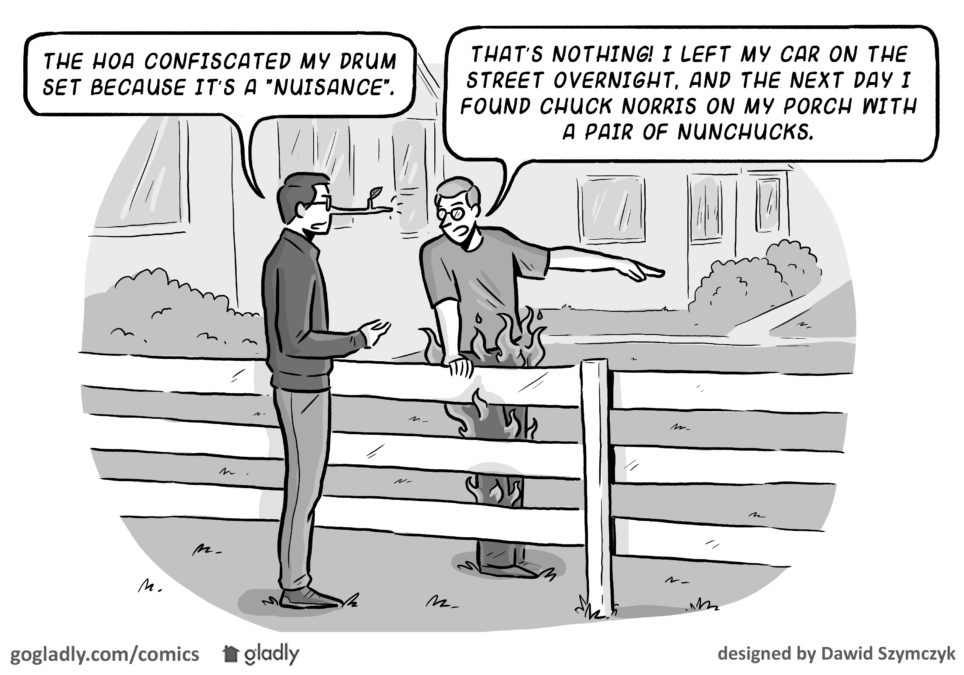 As most community managers know from experience, it’s not unusual for a homeowner or resident to lie about the actions of the board of directors or manager. People lie for a wide range of reasons. Sometimes they’re trying to save face, stir up trouble, or maybe they actually believe their own lies. When a homeowner tells a whopper, it’s usually after they have been cited for a violation or “forgotten” to pay their assessment for 6 months in a row. A little lie to make themselves look like an innocent victim is really the only logical solution…right?

It’s hard not to take it personally when a homeowner tells a lie that directly attacks your good name. After all, lies like this can affect your reputation and even your livelihood. In these cases, your reaction to the lie can often have a more profound effect on your reputation than the initial lie. I admit I’ve been tempted to call out lying homeowners on social media or post their picture in the office with a huge LIAR stamp across the front. But while retribution might feel good at the moment, it almost always makes the situation worse — and may even validate the lies.

Unfortunately, there may not be much you can do to stop a homeowner from lying, but there are a few things you can do to combat the lies, or perhaps resolve a situation before a resident finds it necessary to lie.

Unfortunately, upset homeowners and false claims are just part of the job. But remember you have a good reputation, and that reputation is best maintained by treating people with respect, honesty, fairness, and professionalism. Do this, and most people will judge you by your track record and their own interaction with you — rather than the word of someone whose lies just don’t seem to add up.

Burke Nielsen
Founder and Account Manager at GoGladly
Burke is Gladly's top industry expert. After 12 years in portfolio management, Burke founded an HOA management firm, and has drawn from that experience to offer insider-level understanding to Gladly. One of Burke's rare charms is that he actually loves listening to your problems. His more traditional hobbies include camping, 4-wheeling, and spending time with his wife and 5 terrific kids,especially when he gets to nag them about homework (nag the kids, not his wife).

Good essay and even better outline for discussion & solutions. GoGladly has been and will continue to be a popular place for many WV homeowners – thanks Burke for your input and “hanging in there” over the years!

Thanks, Nance! We’re lucky to have Burke on the team.

I’d just add one thing, which ties in with record keeping – communicate in writing as much as possible so there’s a record of what was said and done, and when. As was stated in the record keeping, it can be crucial when needed to be able to show a documented history of communication as well as what was actually said or done. I’d also recommend using software that keeps track of when people log into the system. Recently we had an owner who was turned over to an attorney and had a lien placed on his unit. He claimed he had no idea that there was a monthly HOA fee, yet we had proof that he was in attendance at the turnover meeting as well as him logging into our portal and making a payment for one month. Document and retain documentation. Can’t argue facts.

Very true David. As a manager, there is peace of mind that comes with having detailed records and knowing you can back up your actions and defend them if needed. Your example with the online portal tracking is excellent, I can’t tell you how many time I have had a similar experience.

This is absolutely true, the owners like to tell “stories” although I have had several owner apologize later because I am always respectful and do not let them get me upset. Am I upset for a moment while they are spouting..yes.. but I also am able to let it go, because I know it is not true.

That’s such a great way to approach it, Juanita. It’s difficult to stay upset with someone who is reasonable and calm when we are freaking out.

And then, there are such big lies that are told in a large forum, that sometimes, it is better to keep your mouth shut. Then when people who witnessed it will tell you that you did the right thing by not adding fuel to the fire, because of the tactfulness that was taken, and not belittling the person. There are those out there that really know the truth, and by not being combative, you end up with an army of supporters with you.

That’s such a great point, Lisa. Reasonable people can tell when someone else is being unreasonable. We can earn trust (and supporters) when we react in a classy way.