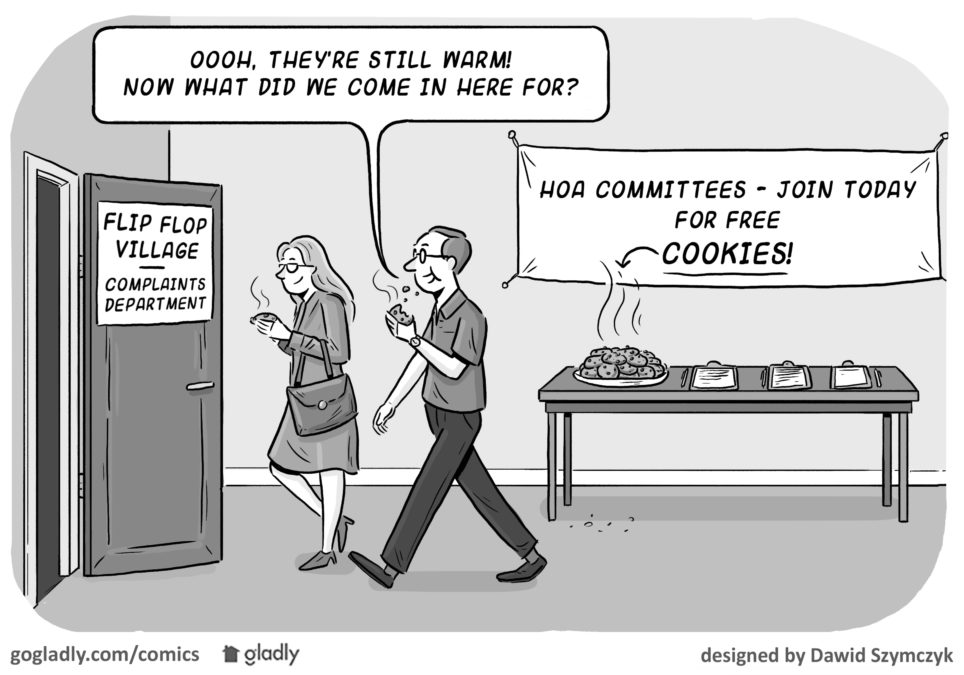 In the day-to-day life of the HOA manager, few things are more reliable than complaints. And if you have complaints, chances are you have at least one devoted complainer (hey, we all need a hobby). Maybe they’ve already caused your HOA nightmares by ardently complaining about one big thing. Maybe they nit-pick you on 17 different little things. Whatever their style, fielding those complaints not only sucks away at your time, but really, it just plain sucks.

So, how does the well-meaning HOA manager appease difficult homeowners in an effective, yet diplomatic way? How do you show the leadership you were elected for, without poking the proverbial bear and making everything worse? Here are a few ideas.

As exhausting as it can be to respond to every whim, it’s your job to be responsive when issues are raised. It’s easy to procrastinate dealing with a difficult person, but putting people off has a nifty way of making them more upset. That said, only you know how many times they’ve asked about the wilted roses in the common area, and how many times you’ve responded that they’re being trimmed next week. It’s important to respond, but you don’t have to let yourself be baited or bow to unreasonable demands, either.

Confrontation is the stuff HOA nightmares are made of. Some people thrive on it, but you don’t have to be one of them. Try really hard to keep things professional and resist the temptation to fire back. It also never hurts to consider whether you’re letting past interactions with this person taint your attitude on their current beef. Take a break, then try to look at the issue from their perspective. Could they actually have a valid point?

Sometimes, the root of someone’s complaint is a simple misunderstanding of how things work, what HOA policies require, or what your role is. Try taking a few extra (diplomatic) minutes to help them understand. Most often, once someone understands more, they’ll complain less.

A little follow up goes a long way with most people. Even if not much progress has been made, keep complainers updated on your own efforts. A quick update can help them see that you’re trying to help, not being dismissive.

Ahh, the magical elixir of involvement. It’s empowering. It keeps people busy. And it might be the best way to keep problem homeowners from throwing off your management mojo. When people are asked to be involved, they feel valued. Not only that, but they get a clearer glimpse into the workings of the HOA. Encourage complainers to join committees and attend more meetings. They might just gain a better appreciation of how many balls you’ve got in the air. And who knows — putting them in charge of some of the things they tend to complain about might just help you get more done.

Keeping problem homeowners happy is no small task, but with the right attitude and a little diplomacy, you can isolate the trouble spots and smooth things over. If you have a strategy that’s worked well for difficult homeowners in your community, please share it with us!